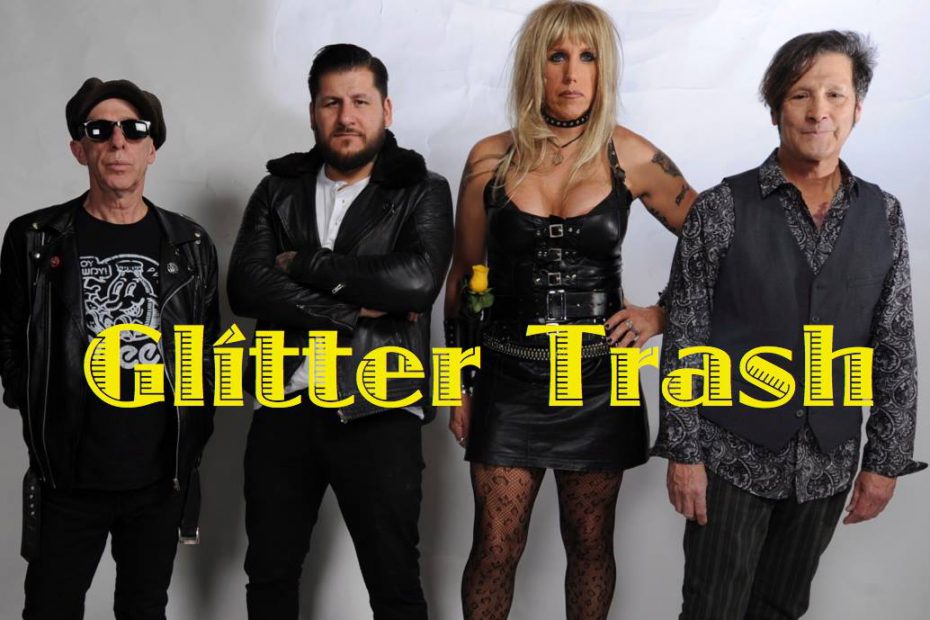 GLITTER TRASH is a rock band that originated from Detroit’s apocalyptic post-industrial streets. The band brings the audience hard driving rock reminiscent of the sound coming out of late 1970‘s New York CBGB’s and London’s punk scenes. Their wild, spontaneous and in-your-face live stage shows draw comparisons to their musical forefathers, The Stooges and MC5. The band’s stripped down music presentation and approach to their songs take listeners back to simpler times when larger-than-life personalities, great music and energetic shows were the status quo. The band recently relocated to Los Angeles in late 2017.

The band formed in 2010 and has gained a loyal following all over the globe with accolades coming from both fans and media. They have toured throughout the USA and UK, played the prestigious Rebellion Festival in Blackpool, England in 2014-2016 and released their first critically acclaimed album, “Wreckage”, in 2011. The band plans on releasing a joint 7″ split 45 with the Dogs (Detroit/LA), being released on New Fortune Records in Detroit in 2018. The band is currently in the studio and preparing to release a new EP with accompanying videos in the fall of 2018. GLITTER TRASH is Jenna Talia/Front, Loren Molinare/Guitar, Jesus Rauda/Bass and Brian Irving on Drums. Videos:
Video: Hustlin’
Video: Can’t Sleep “Chopper”